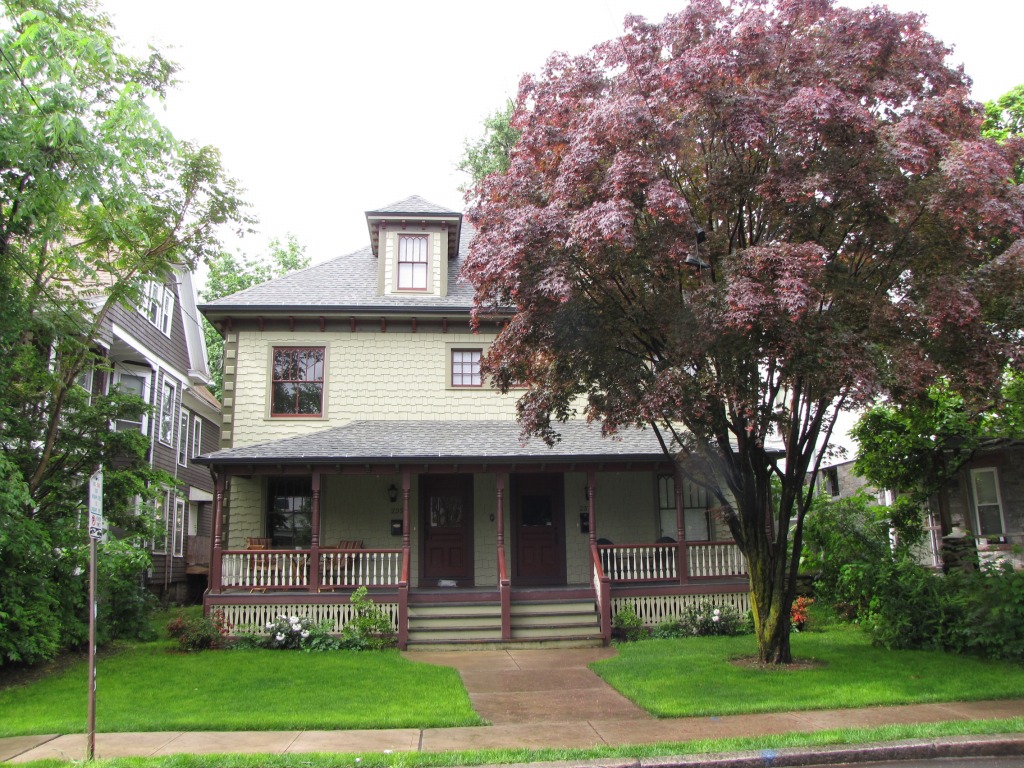 Cut up into four apartments before being abandoned by its owner, this 1899 home was restored by NINA as an owner-occupied two-family home. It's very similar to our house at 199-201 Sargeant Street, both having been built by the same person. Winner, 2011 Hartford Preservation Alliance Award for historic rehabilitation.

235-237 Sargeant Street is a three-story, cedar shingle, Victorian home constructed circa 1900. The home features two units divided by a brick firewall that runs midway through the third floor. It has a single-story wood porch in front, and its ornate exterior features include brackets and block corner moldings. Inside, the home retained some of its original features, including two mantles and some original solid wood doors. Many of the windows throughout the house were original as well, and some of them retained the original crown glass.
Sometime around 2004, the house was subdivided into four apartments, with the addition of kitchens on the second floors of both sides of the house. Windows on the rear of the house were replaced with doors to provide additional egresses, and fire escapes were added. The mechanicals, however, were not upgraded: when NINA acquired the property in 2008, the knob-and-tube wiring was still in use.
NINA restored the house to its original use as a two-family home. We also purchased 92 Atwood Street from the City; this property, a substandard lot that directly abutted the rear of the parcel of 235-237 Sargeant Street, was a vacant lot that the City had held onto for years, maybe even decades, and we purchased it to provide off-street parking for our home here.

Like many of the two-family Colonial Revival homes in the Sigourney Square District of Asylum Hill, the two sides of 235-237 Sargeant are arranged vertically and, as a consequence, are symmetrical.

A series of photos to show what the house looked like when NINA acquired it and after NINA finished working on it.