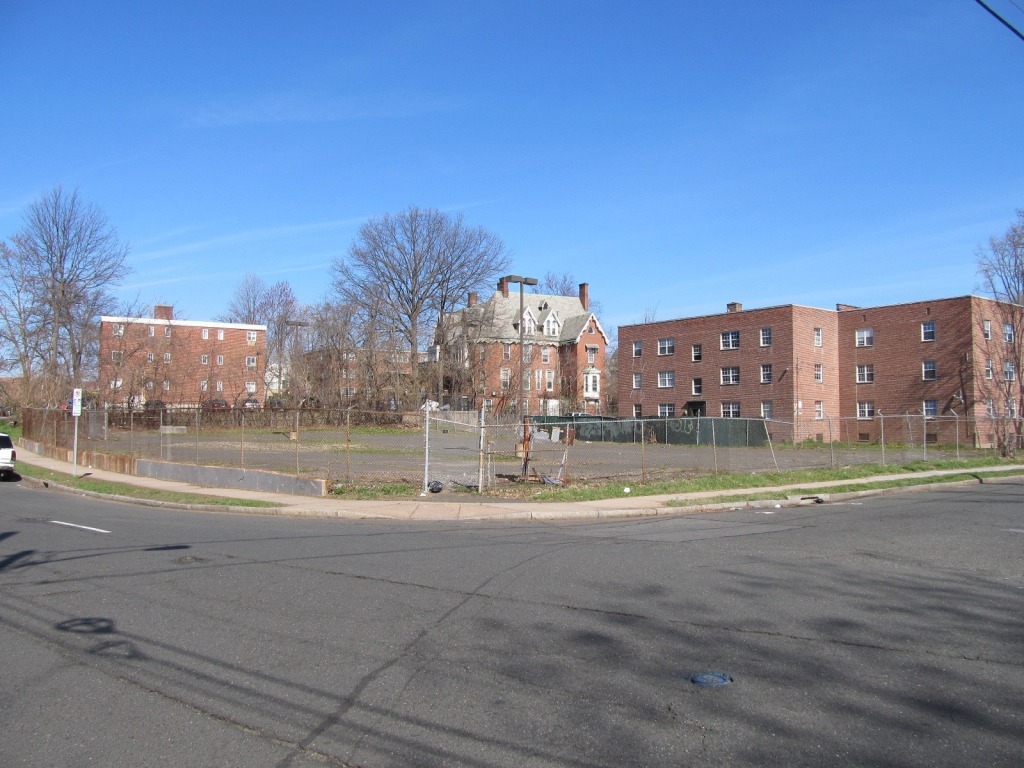 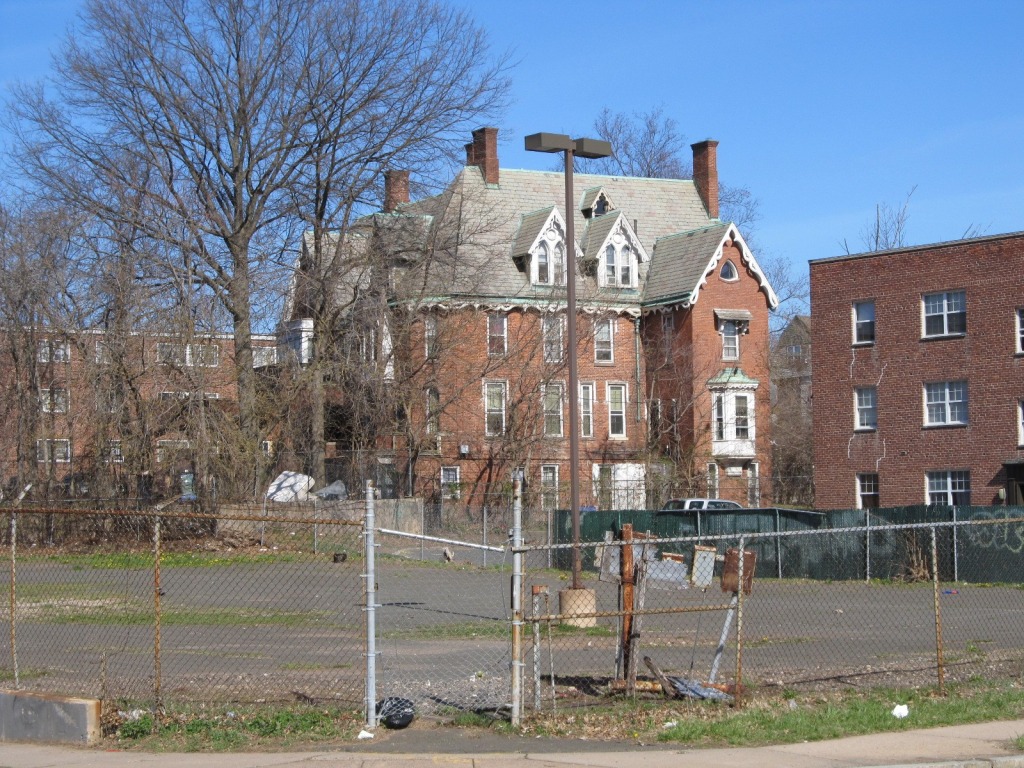 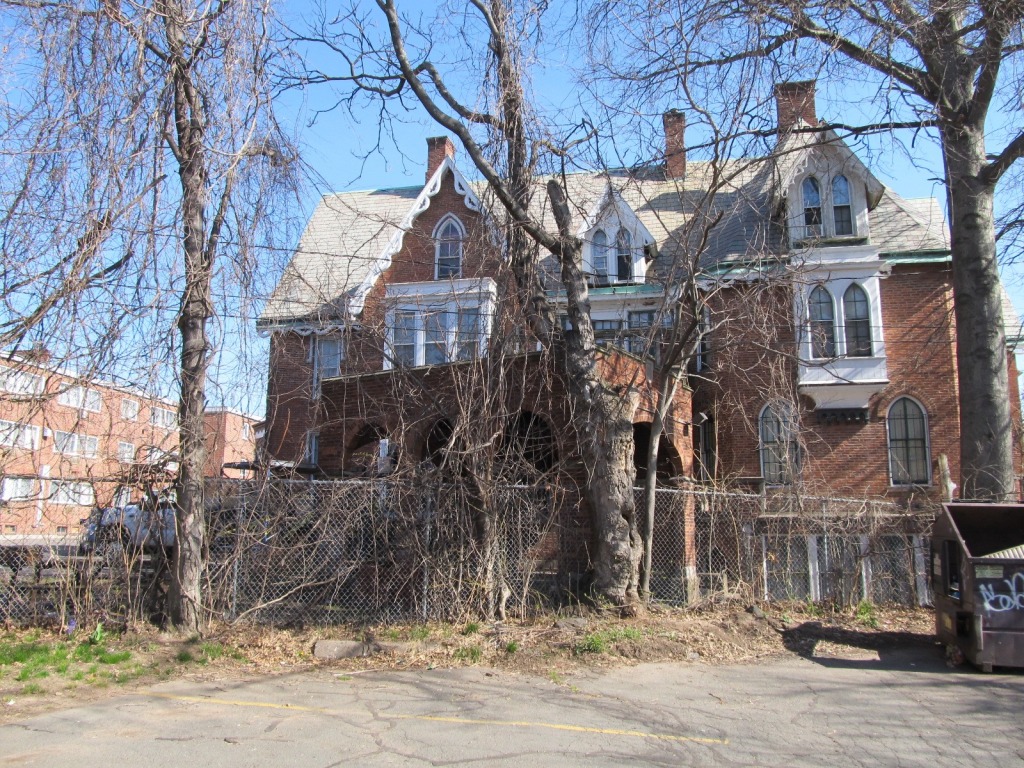 We were down at 80 Hawthorn today, snapping some photos to serve as before shots to go with some of our newest architectural renderings for the site.  We decided to post them because of the view of 140 Hawthorn Street, that marvelous brick mansion in the background.  That house, which is officially called the John and Isabella Beecher Hooker House, is the inspiration for our proposed designed for the town homes that we will build here, but it’s also a little more than that.

Way back when, Sam Olivia Clemens moved to Hartford, but they arrived before their famous house (i.e., the Mark Twain House) was finished.  The Clemenses needed a place to stay, and the Hookers (yes, you read that right) offered their house as temporary quarters for Sam and Livy.  Thus, 140 Hawthorn Street became the “first” Mark Twain House in Hartford!

It’s hard to picture it now, but once upon a time the Hooker House (yes, you’ve still read that right) commanded the heights and held an impressive view of the Park River and the whole Nook Farm section of Asylum Hill.  Isabella, by the way, was Harriet Beecher Stowe’s sister, and John Hooker was a descendant of Thomas Hooker, who intrepidly led a band of settlers into Hartford back in 1636.