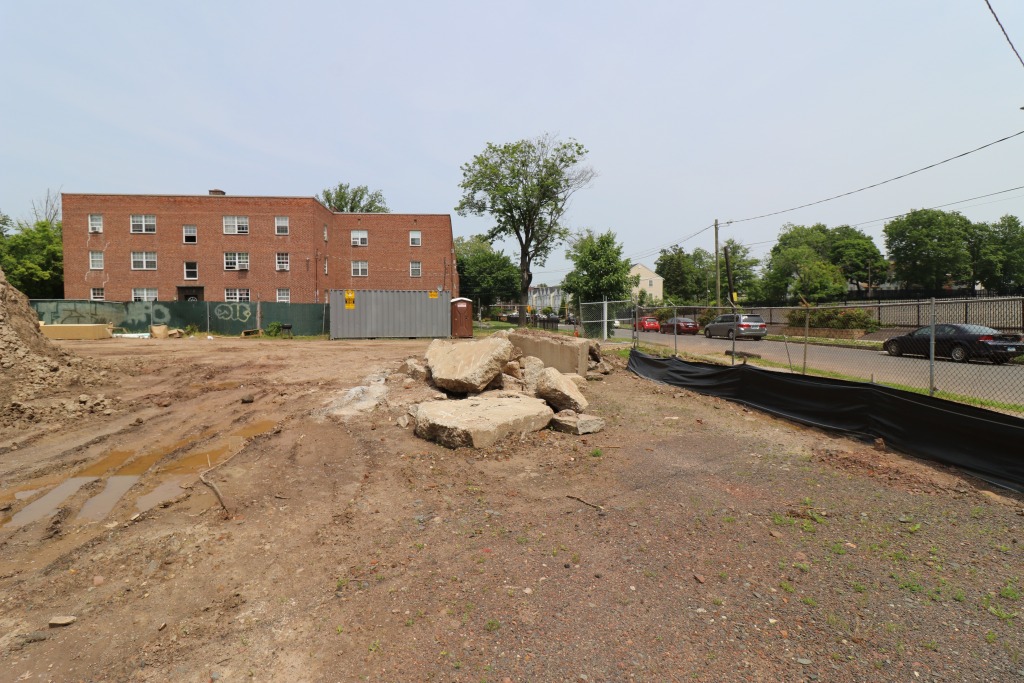 Back in 1947, some developers started work on Marshall Gardens, a complex comprising 10 buildings that were planned to be affordable housing for veterans returning from World War II.  At the same time, the Connecticut Highway Commission, precursor to the Connecticut Department of Transportation, was planning for the East-West Expressway through Hartford.  The expressway, better known now as Interstate 84, had three different paths through the center of the city, but the Highway Commission wasn’t in any hurry.

Until, that is, they found out about Marshall Gardens. he developers had gotten as far as framing their new buildings when the Highway Commission condemned the three southernmost buildings and seized the land on which they sat through eminent domain.  They demolished the frames, and they backfilled the foundations.  As it turned out, the expressway would go a bit to the south of this property, and the property eventually became parking for the factory across the street (which burned down in 1994) before it passed to Aetna.

In case you’re wondering, yes, the Department of Transportation will affect Hawthorn Street again, once it figures out what it will do to the I-84 Viaduct.  Everything old is new again.