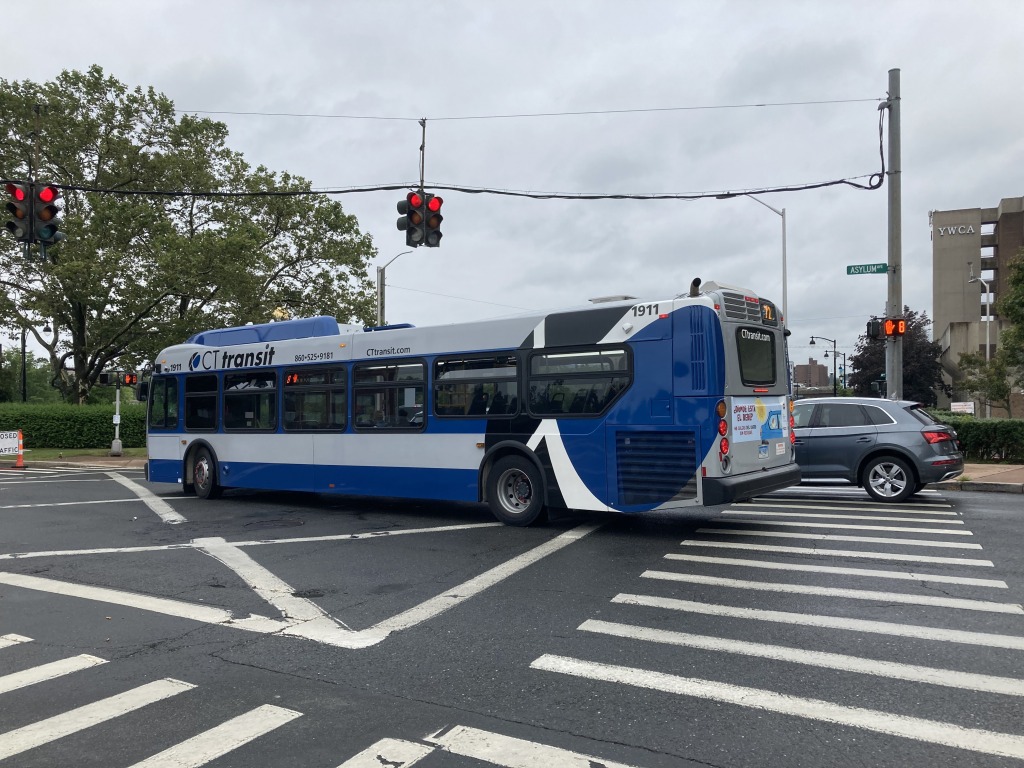 I see cars doing it all the time, but this bus gave it a whole new meaning.  It also led me to contemplate that there have been a lot of changes to traffic patterns in Asylum Hill since the pandemic began, and I should do something to catch everyone up on that. 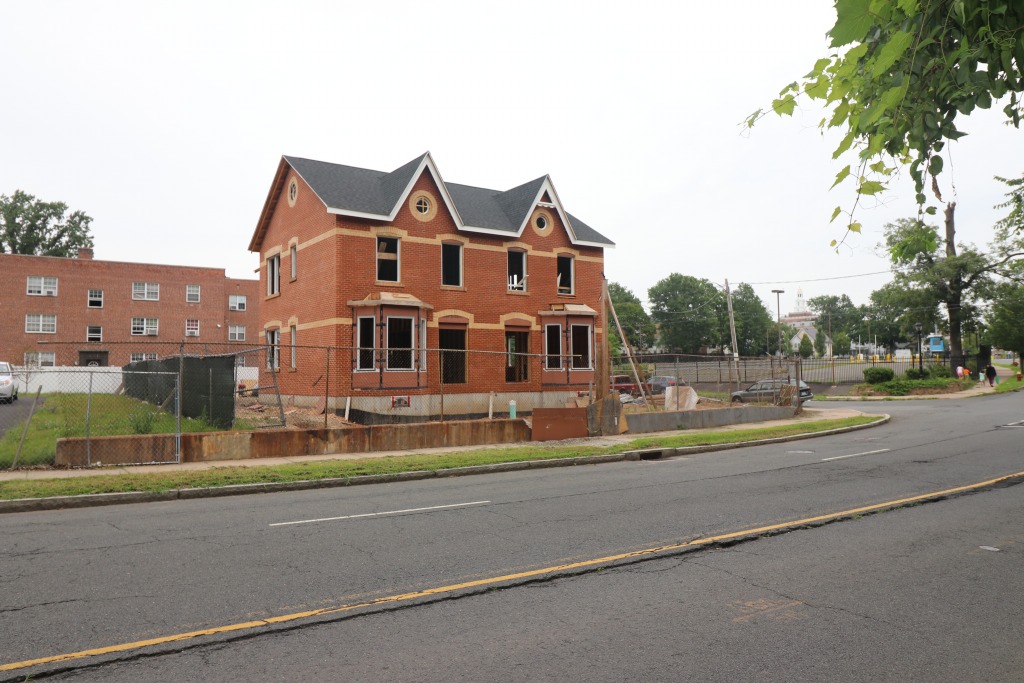 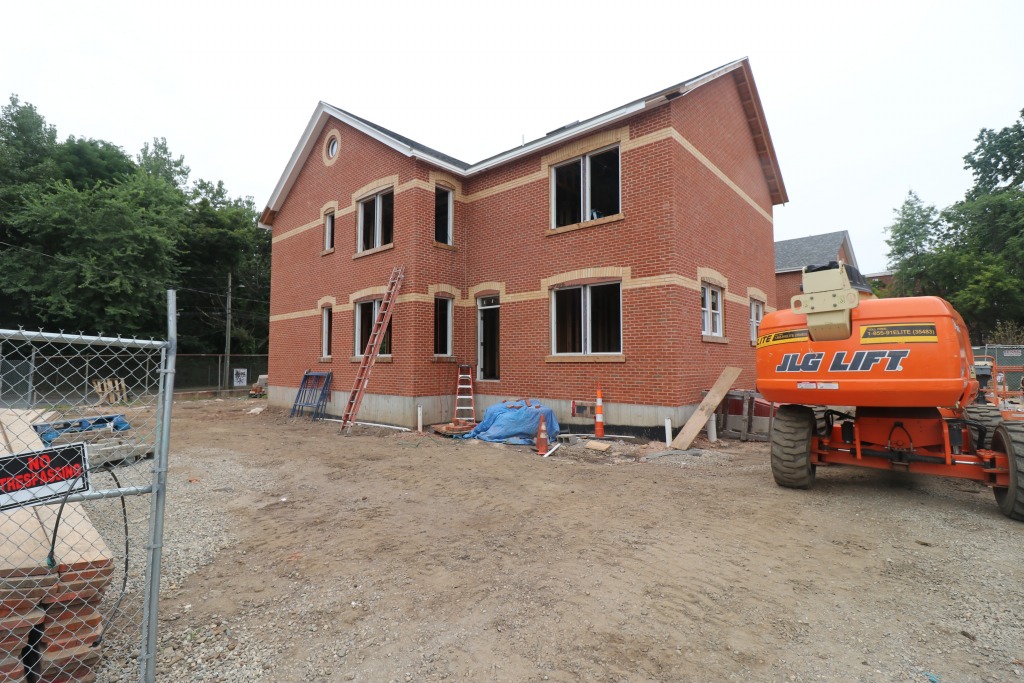 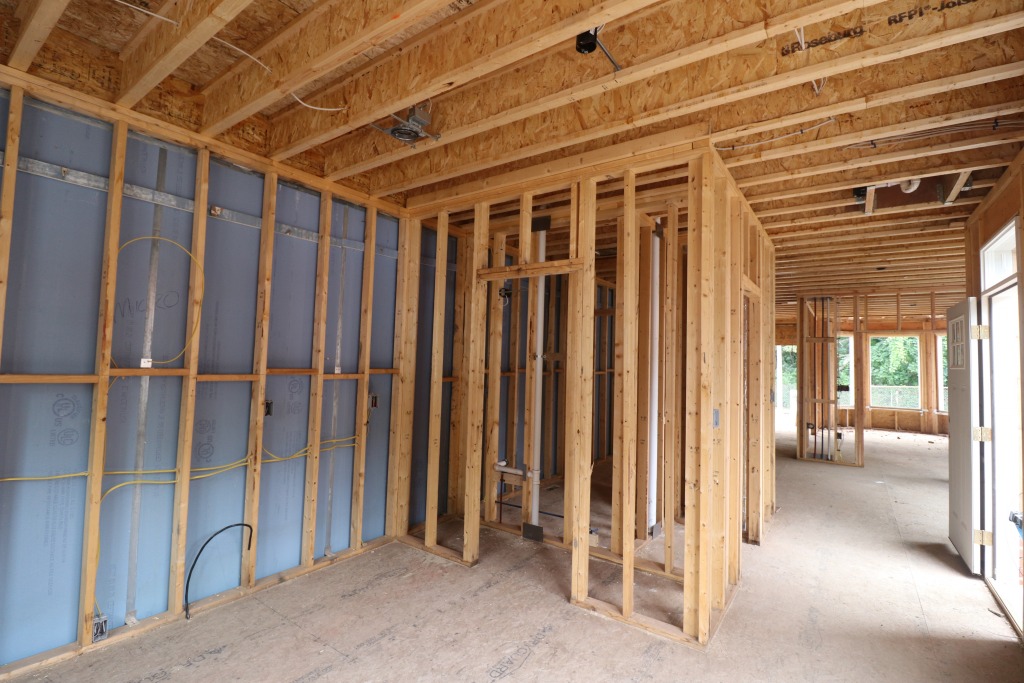 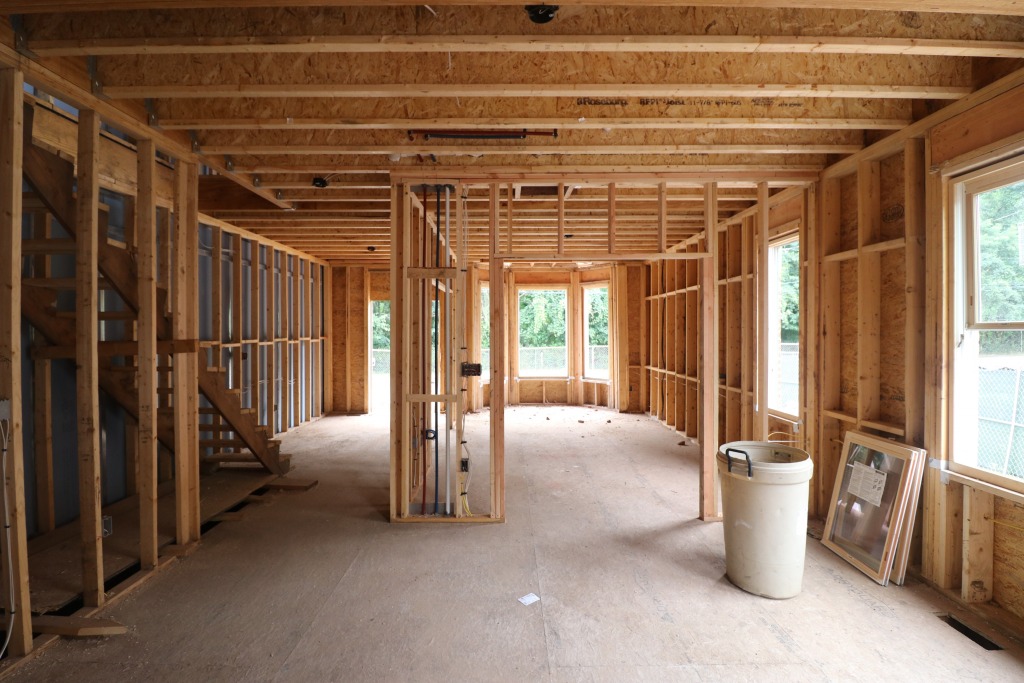 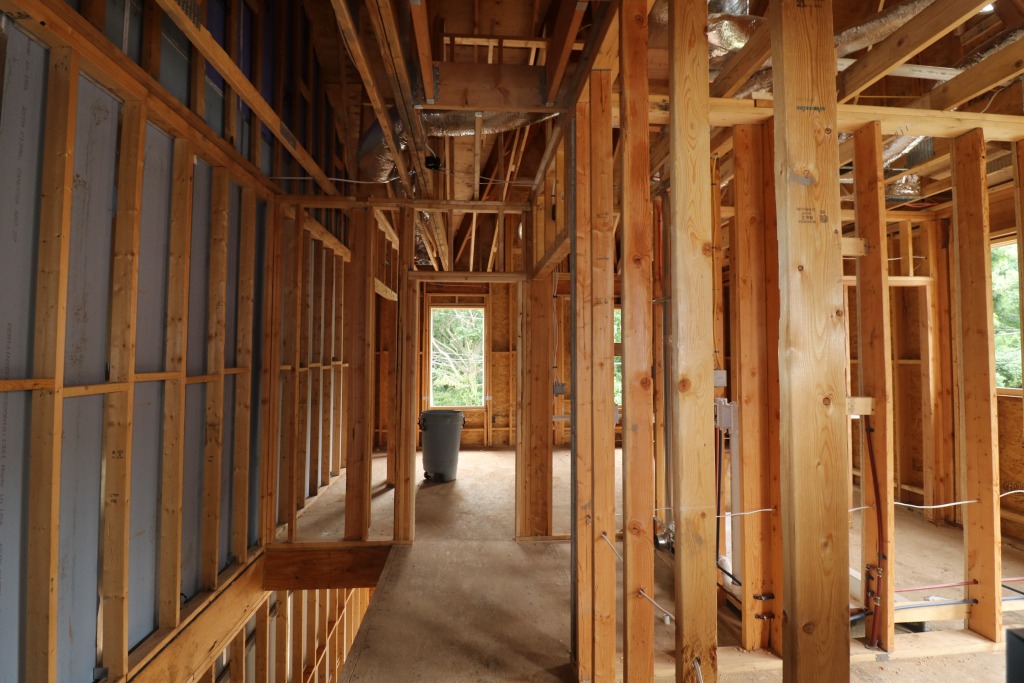 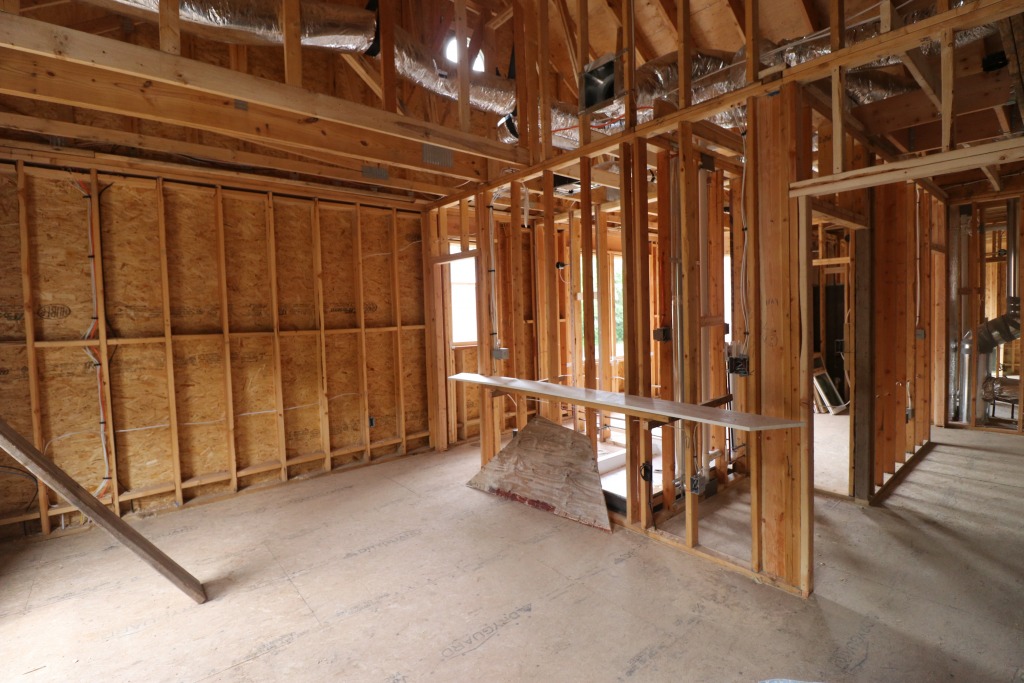 The masons are done, plus a quick peek inside 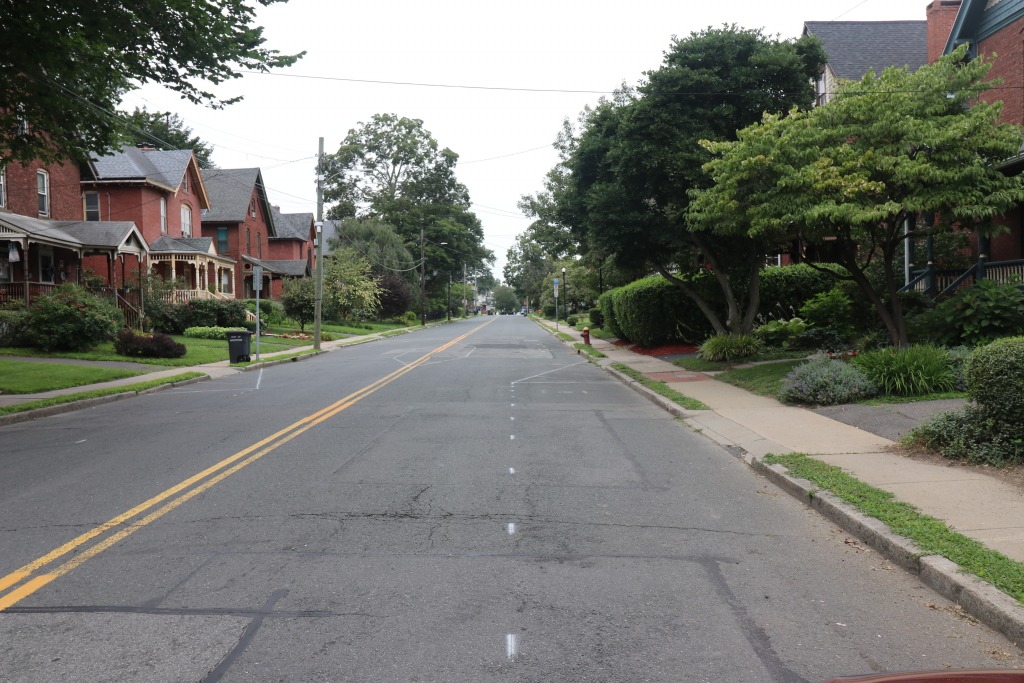 I was over at 29 Ashley today when I noticed that DPW (apparently) had marked the street on Ashley Street for striping.  This wasn’t entirely unexpected:  the residents of Ashley have met several times with a City official who discussed the slowed street plan with them.  Not all of them were excited by it, but more meetings were promised.

And that’s what’s unexpected.  The City official in charge of the project retired back in July, and since that time no one has heard anything from the City.  What’s more, the residents were assured that this would be an experiment – in other words, a study on the effects of the slowed street pattern would be done for one year, so nothing would be installed (or painted) permanently, just in case something didn’t work out and needed to be removed.

This isn’t looking so temporary or experimental!  I guess we’ll see. 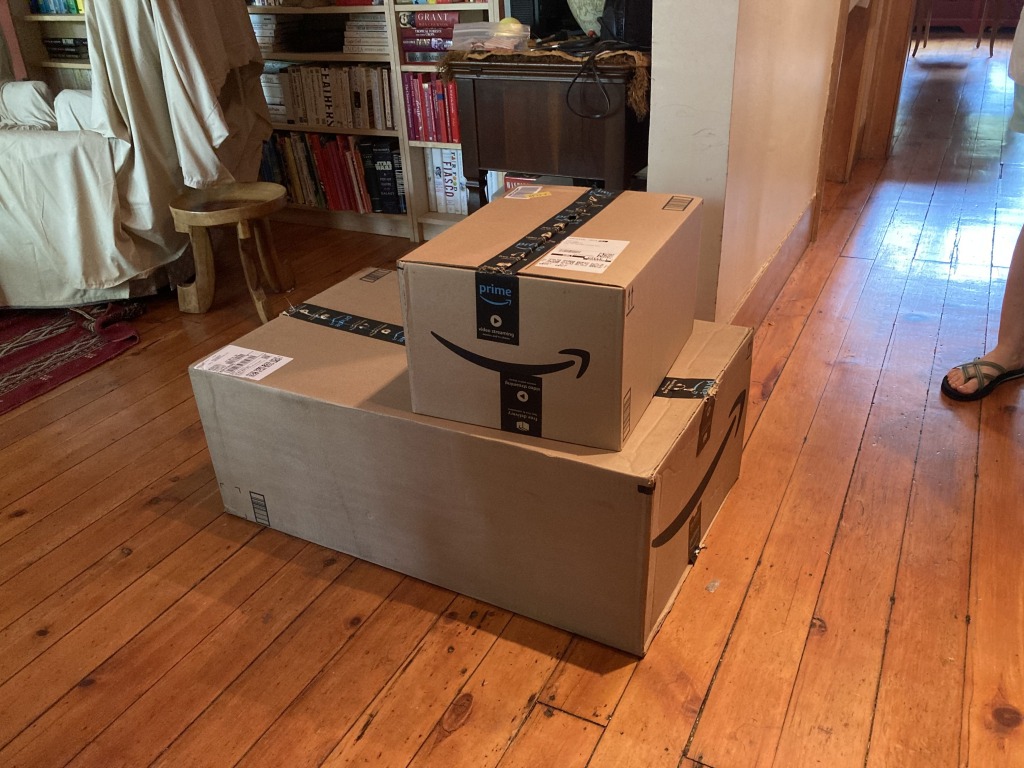 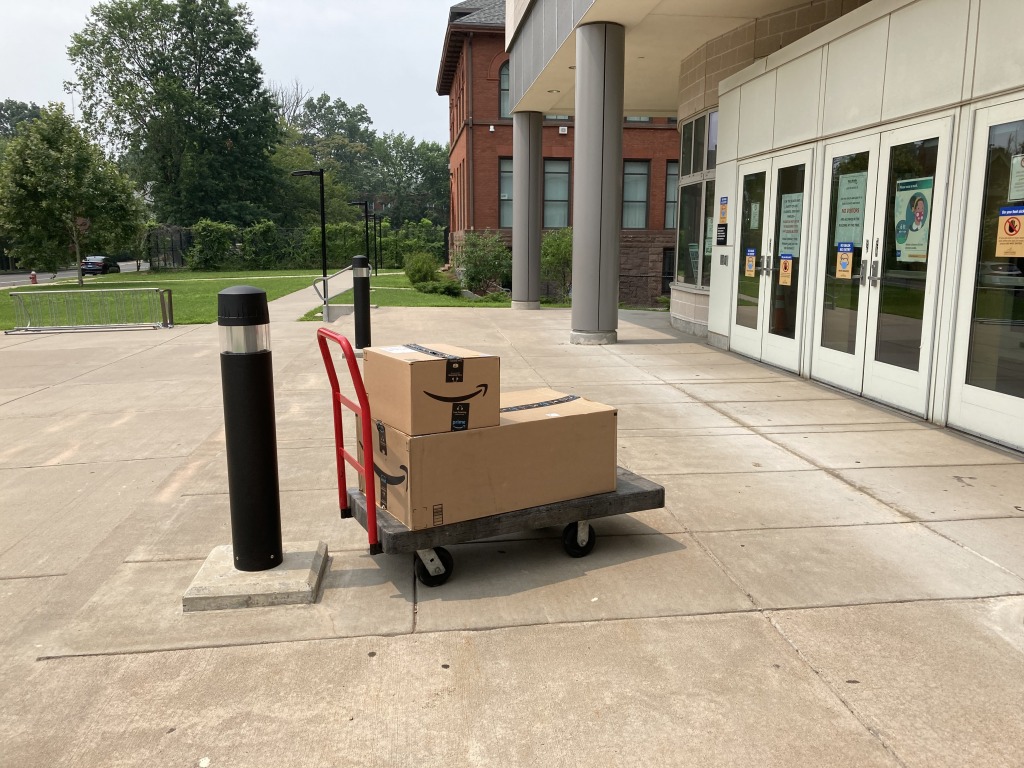 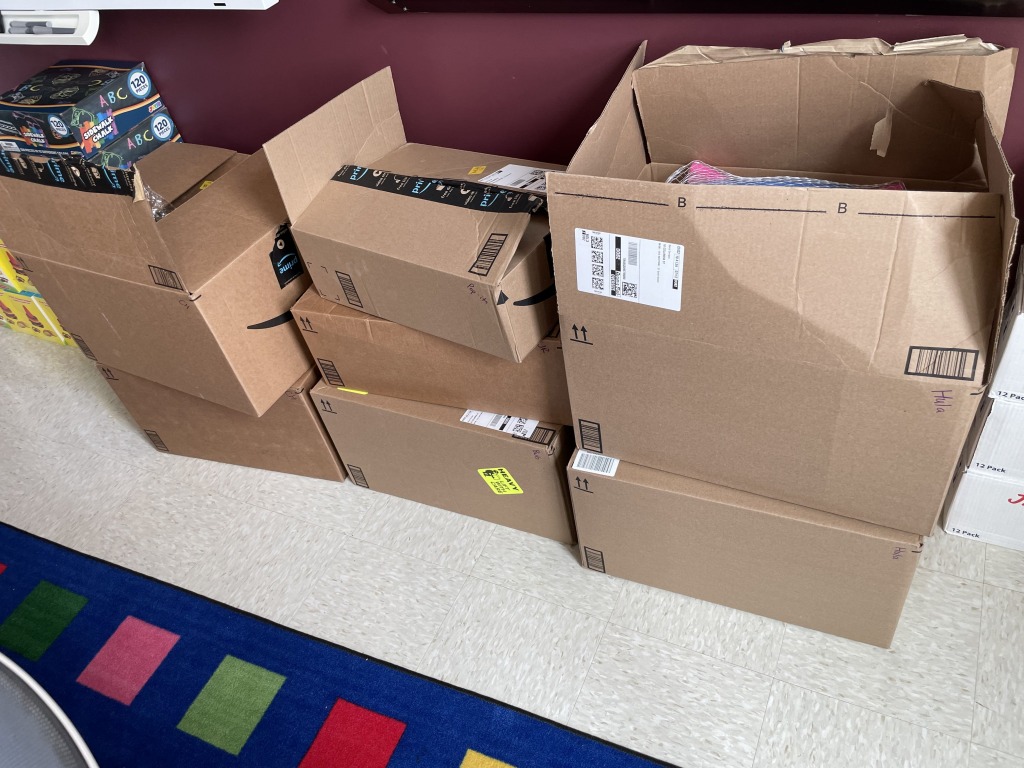 And at long last, the last delivery to West Middle Community School!

From my house to the school to the office of the vice principal.  Thanks to Jaclyn Visintainer for the shot from her office.

This has been an interesting time of it!  We were very glad that we could pitch in with things at West Middle Community School, and by all accounts the students are enjoying it all.  But, I have to say, the vendors made this a very strange and occasionally complicated process.  Did you know, for example, that if you have an Amazon Business account you can only pay for orders with a personal checking account or credit card?  It’s actually in the business account agreement, which I’ll confess to having missed, but honestly:  what’s the point of a business account if you can’t use business funds to pay for stuff???

You can read all about it on our page dedicated to TeacherDollars.  Eventually.  I’m still feeling a bit snarky about some of what the vendors put me through. 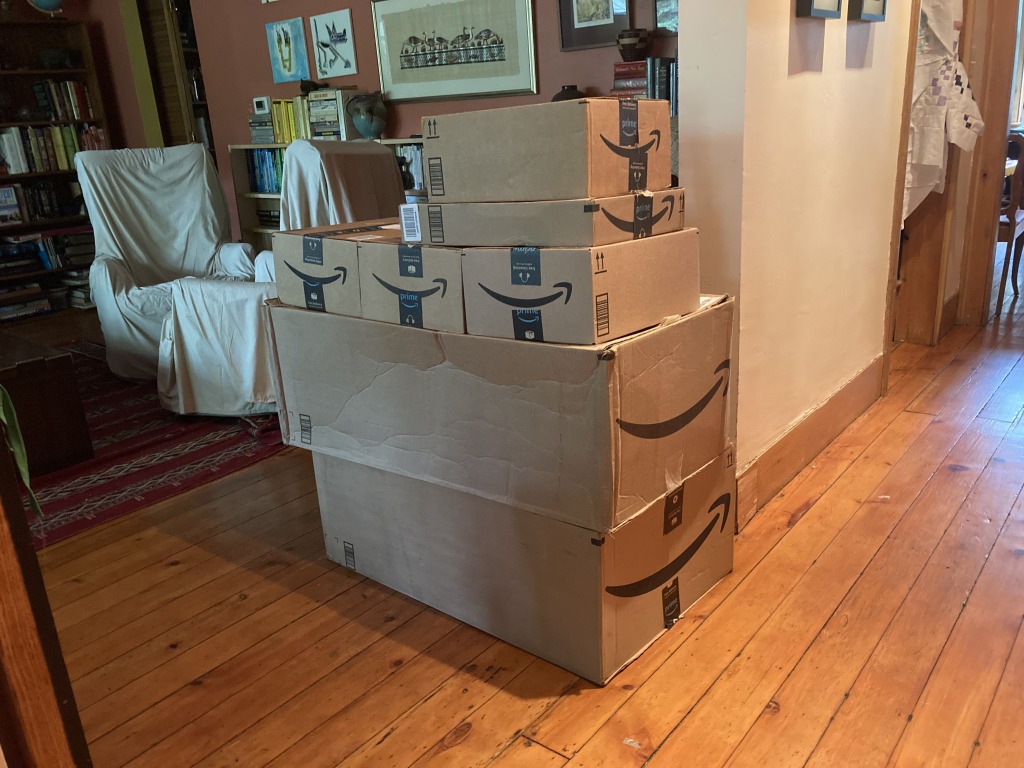 And so they did!

Join them, that is.  More boxes. 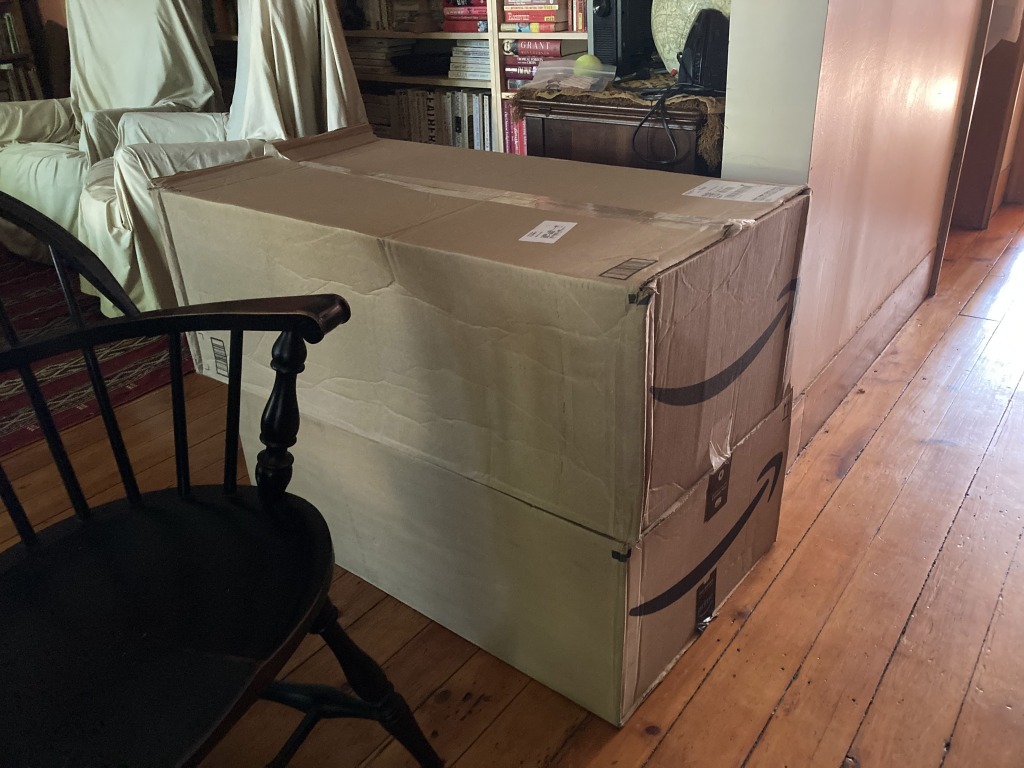 Sitting in my foyer, waiting for other boxes to join them. 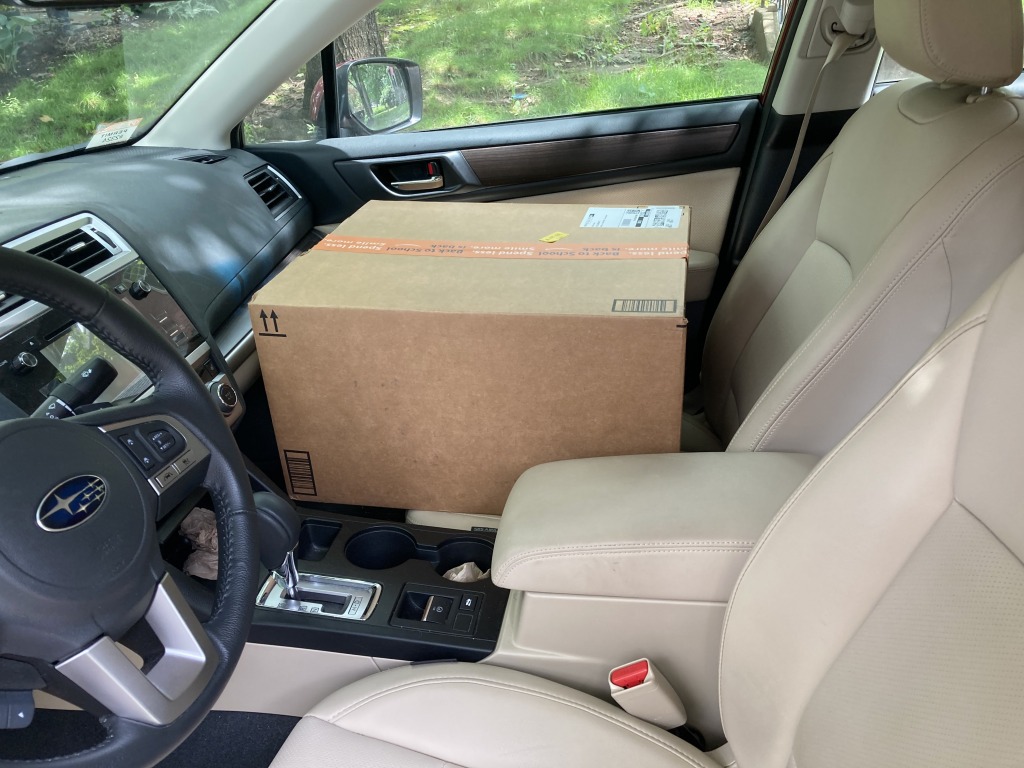 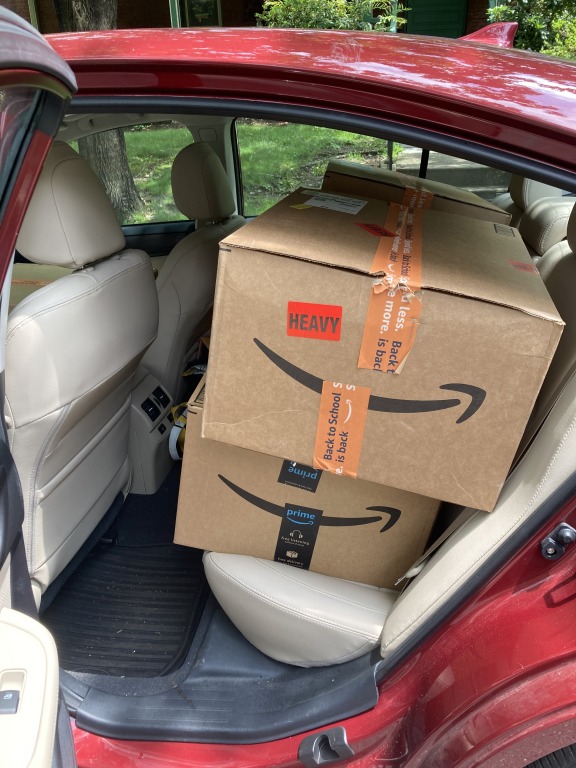 With the money left over after buying books and school supplies, West Middle Community School requested that we buy playground equipment so the students would have something to use while they were out at recess.  Here’s the first load, going in my car from my house to the school.

I’m pretty sure I’ve declared myself very nearly at the end several times already, but this time I really mean it!  The final order has been placed.  It’s all up to Amazon and USPS now. 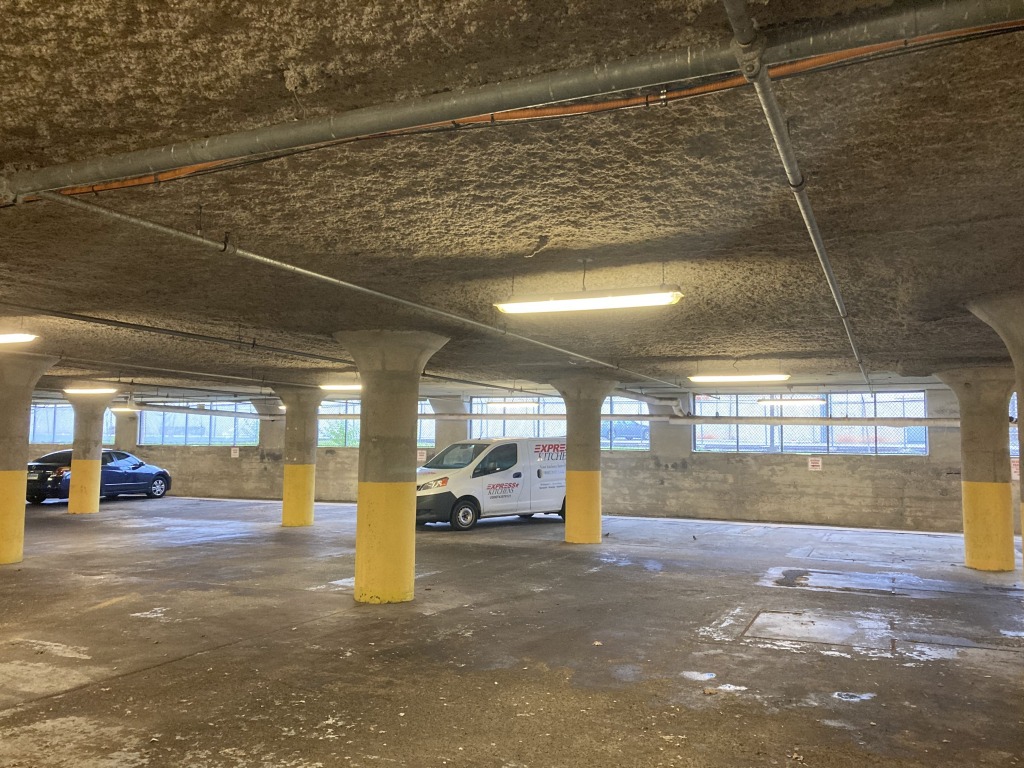 Veeder Place has a new owner – Express Kitchens.  The officially took title on June 11, although they’ve been using parts of the building as a warehouse for over a year, but today was the first real sign of their ownership of the building. 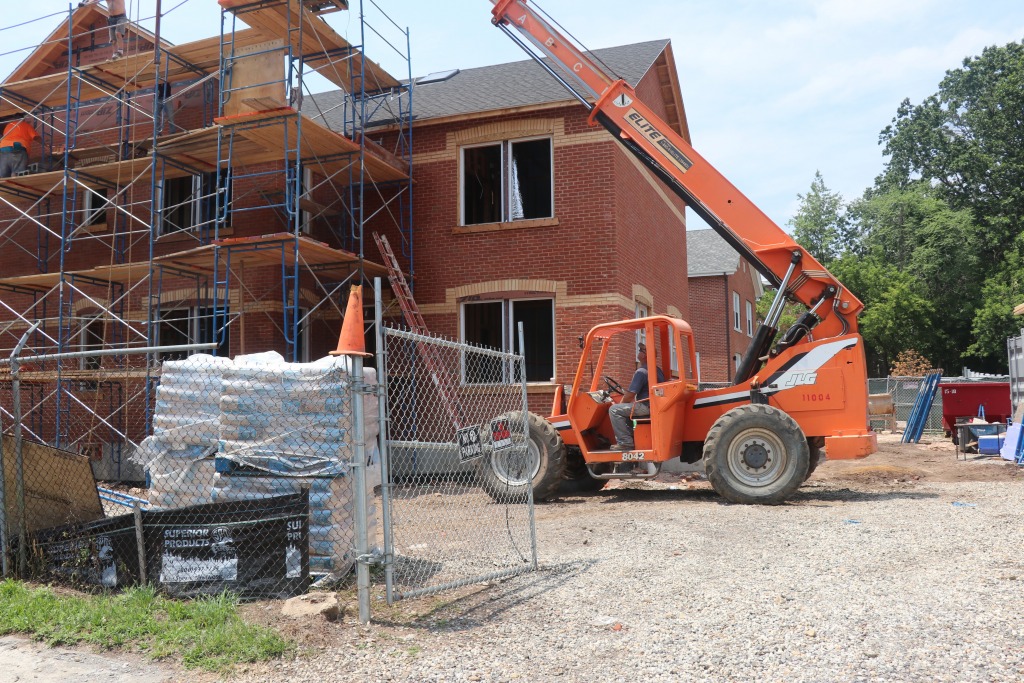 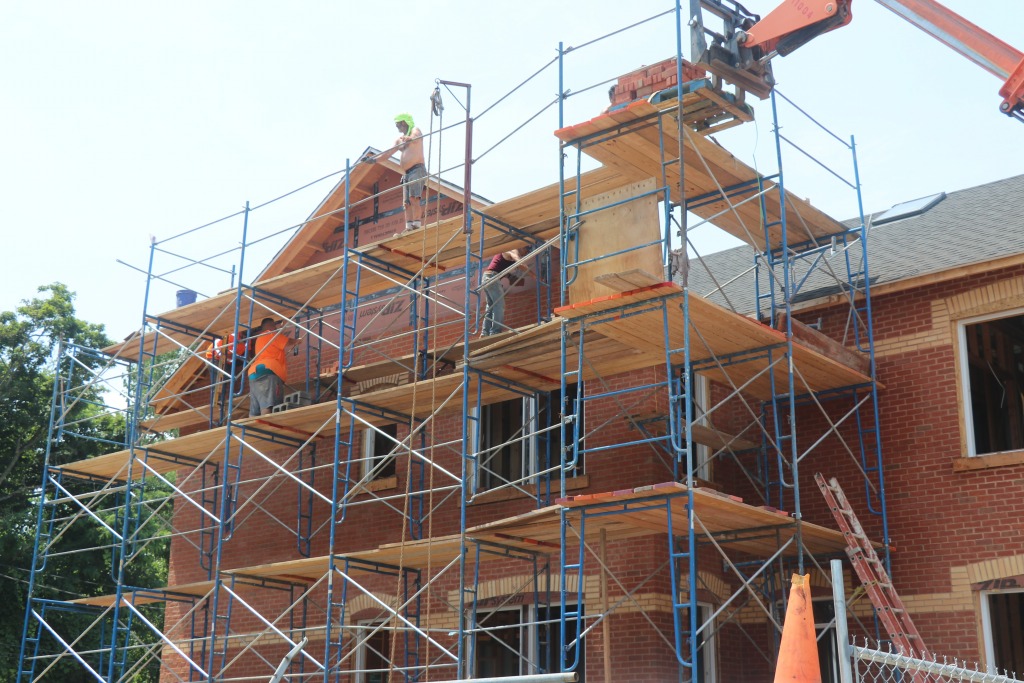 Bricks going up along the eastern elevation. 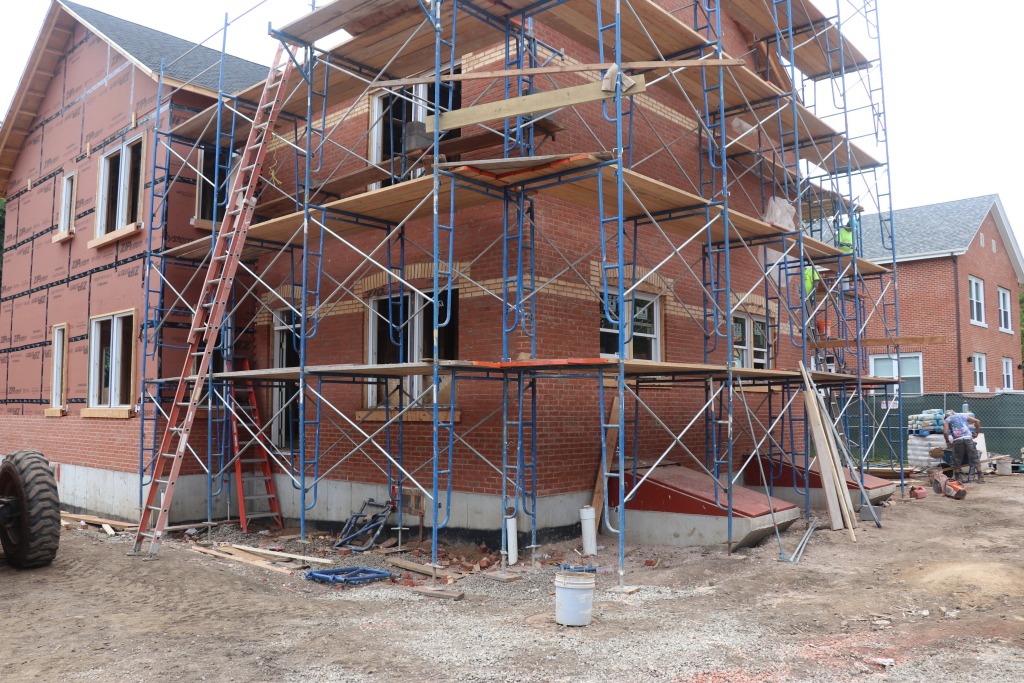 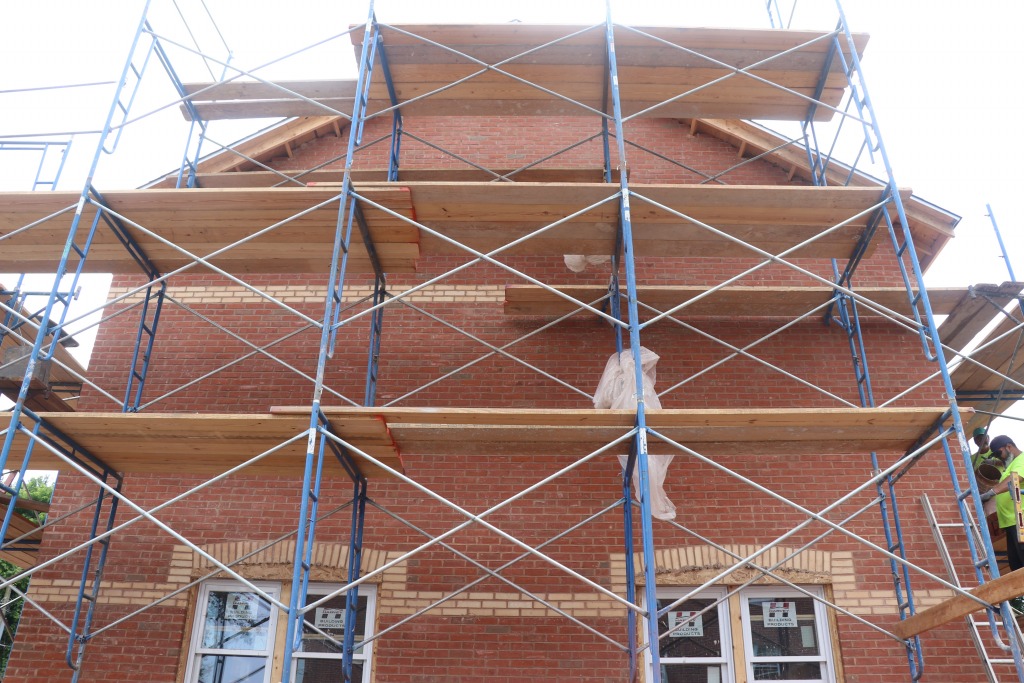 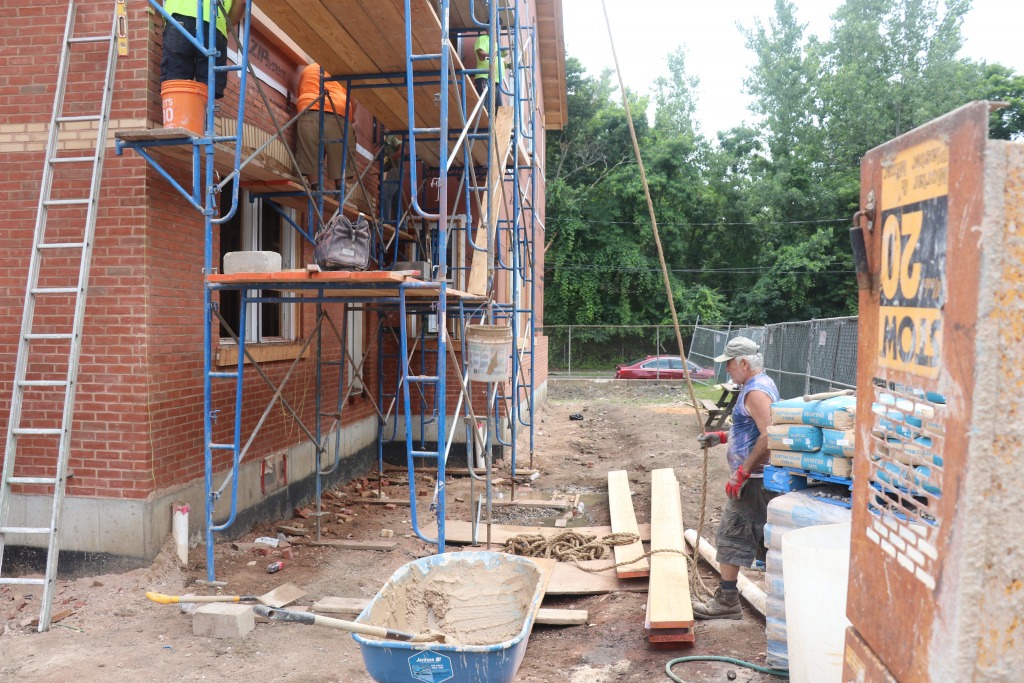 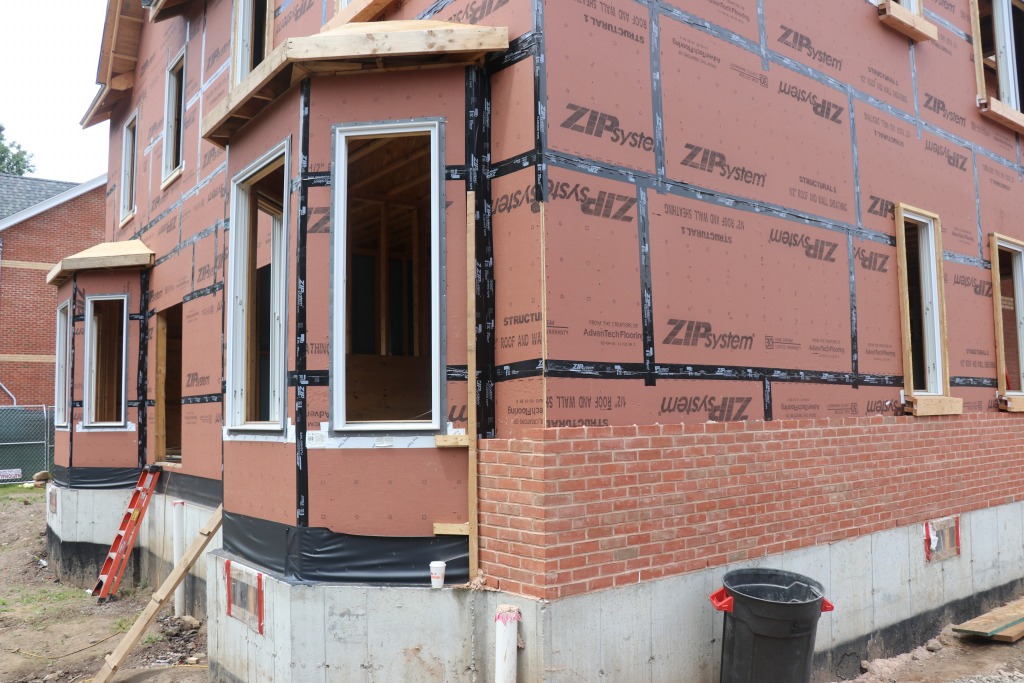 Bricks going up at 80 Hawthorn

The masons have begun work.