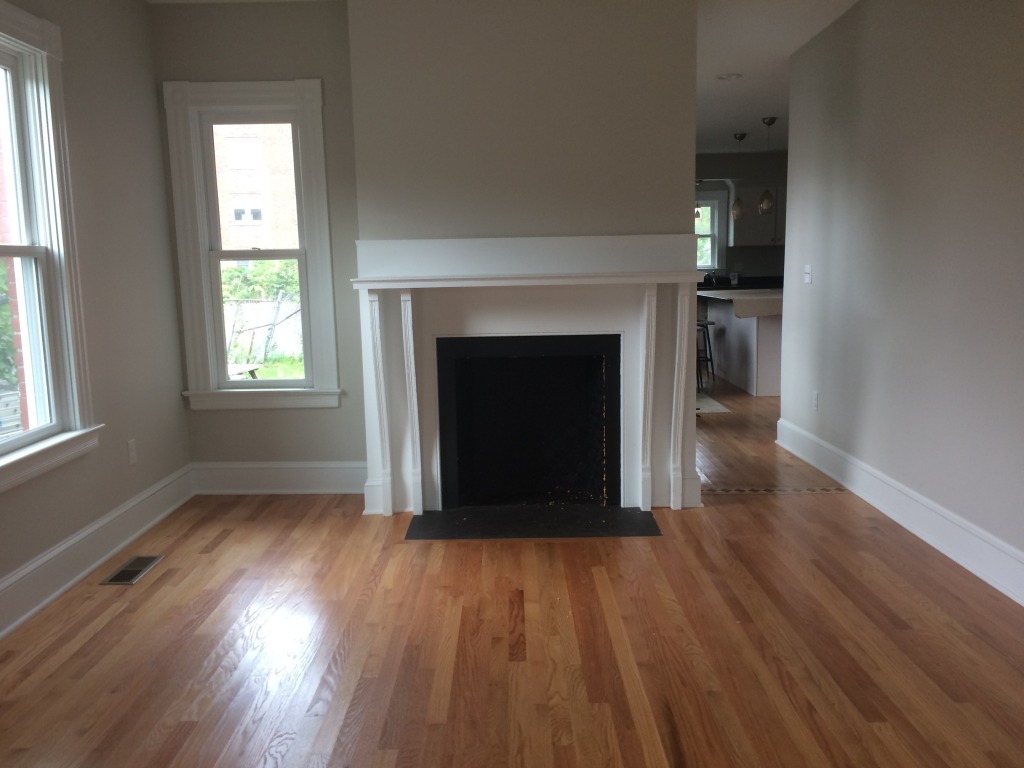 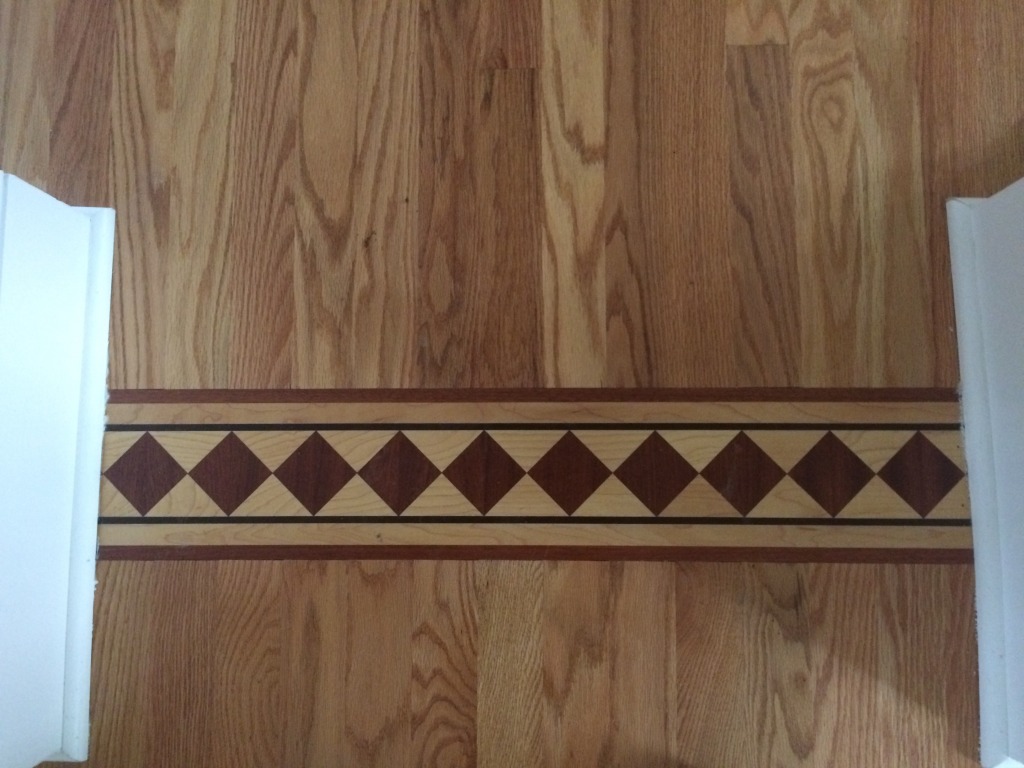 The meaning of the wood inlay at 115 Sigourney Street

In between the south parlor and the passage to the kitchen, there’s a line of inlaid wood.  You can mostly see it in the photo of the parlor, there on the floor to the right of the fireplace.  There’s a similar line of inlaid wood between the north parlor and the dining room.  What do they mean?  They represent the original front of the house – the front section of 115, including both parlors on the first floor and the two front bedrooms on the second floor, was an addition to the house.  It was probably built in the 1890s, following the death of Samuel F. Jones, who built the original house (i.e., the rear section).  At that time, his widow, daughter, and son-in-law James Plimpton moved in, and they would have needed the additional space.  It’s not clear whether they moved in before or after the addition was built, but of course we’ll try to track that information down.